Every August the Perseid Meteor Shower streaks above Earth creating a fantastic light show. Visibility of the meteors depends upon the moon cycle. If the full moon coincides with the meteor shower it tends to wash out the show. But this year’ s Perseid showers falls upon the New Moon and so we could have quite a show. 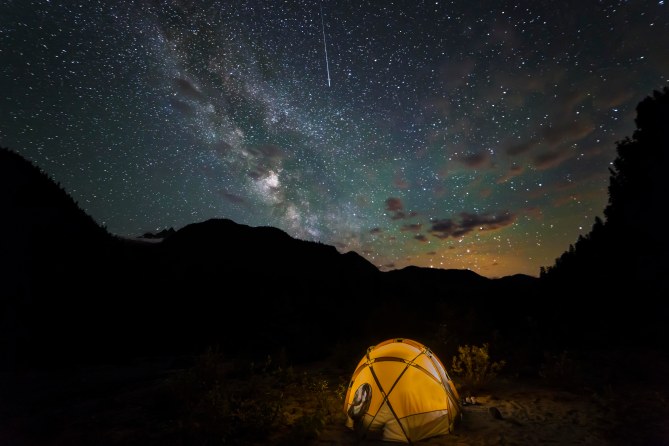 Here is a quote from the article linked above:  “Every year, from around July 17 to August 24, our planet Earth crosses the orbital path of Comet Swift-Tuttle, the parent of the Perseid meteor shower. Debris from this comet litters the comet’s orbit, but we don’t really get into the thick of the comet rubble until after the first week of August. The bits and pieces from Comet Swift-Tuttle slam into the Earth’s upper atmosphere at some 210,000 kilometers (130,000 miles) per hour, lighting up the nighttime with fast-moving Perseid meteors. If our planet happens to pass through an unusually dense clump of meteoroids – comet rubble – we’ll see an elevated number of meteors. We can always hope!”

Stars along the Baker River

Capturing images of meteors takes some planning, a little luck and dash of persistence. Basically what’s needed is to get out away from city lights and set up your DSLR (use a wide angle lens) on a tripod. use the widest aperture and a 20 to 30 second shutter speed. make sure your focus is on manual and set to infinity. Then you can point towards the Milky Way and start shooting! 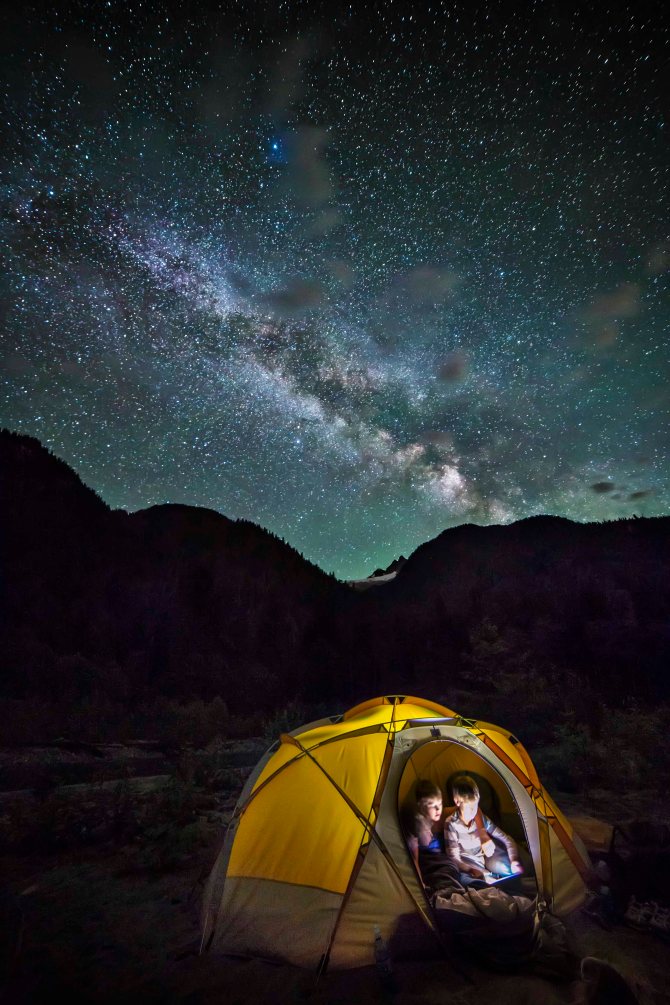 Camped under the Milky Way 3

Of course you can never know when a huge meteor will streak across your screen,  so you just keep shooting, over and over and you will for sure get some sweet shots.

If you live in Washington State and would like some instruction on How to capture the Night Sky images, I am offering Night Sky Photo Tours on August 12th and 15th. We will be heading up into the North Cascades for an (almost) all night Meteor Photo Shoot. Here are all the details. 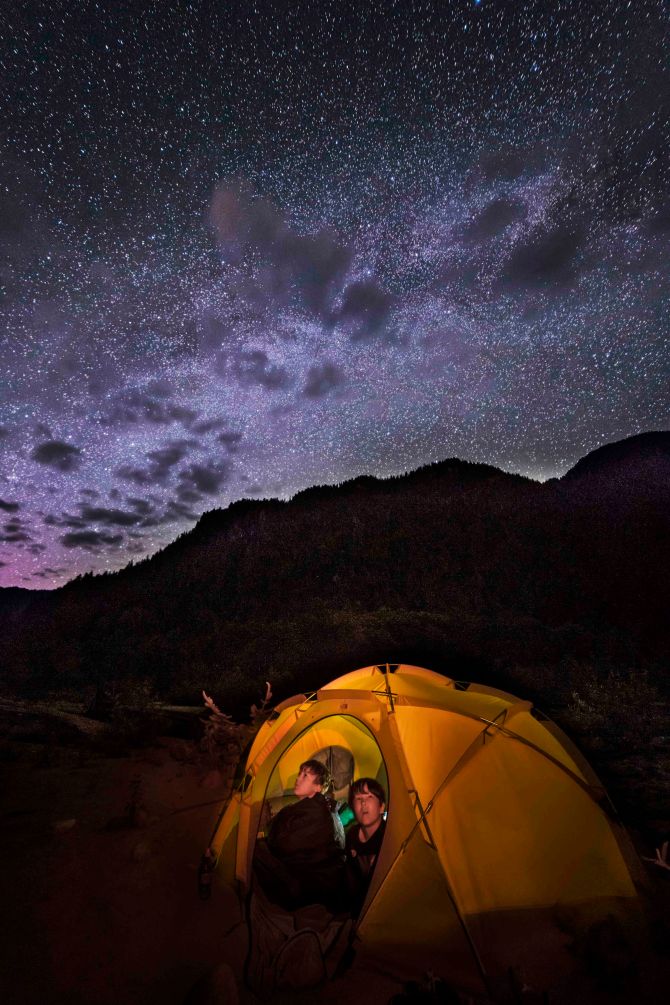 Looking at the stars

Happy Star Trails to you!