Some months ago I was referred to a local travel author for tips on capturing awesome landscape images. I shared my ideas and sent it off with some images. I was a bit surprised to get a call later from a “fact checker” to verify what I had said!

Months past and I assumed the article was scrapped, but behold, here it is in the Fall issue of Washington Journey Magazine.

Scroll down a bit for the article “Picture Perfect”.

The next Night Sky Class at the North Cascades Institute is scheduled for Sat. Sept. 16th. This class is through NCI, I am the instructor. We will visit Artist Point.

I will also be doing Night Sky Tours on Friday, Sept. 15 and Saturday,Oct. 21 Here is the Link.

I will be a part in an Art Show in La Conner next weekend.

Skagit Artists Together is hosting the show in the Garden Club. Details below!

I began using Flickr to showcase my images in 2007. It has been a successful site for me, I have sold many images to web site and publishers that they discovered from the Flickr Page.

Here is the link.

The first million views took 7 years, the second million, only 2!

Flickr is easy to use, uploading is fast, and I can create albums and galleries to gather groupings of images for submissions.

Flickr also has a cool feature called Explore, where the best 100 images are culled each day.

To commemorate 50th anniversary of the signing of the Wilderness Act the Wilderness 50 Coalition established a photo contest. The winners and honorable mentions, more than 100 images in all, are now on display at the Smithsonian!
Here is the link to the Wilderness Forever site.

I was lucky enough to have an image chosen as an honorable mention! Here it is.

I have never had any images win any thing or get chosen for any exhibition, and I must say its quite an honor. The winning images are really stunning. My favorite is the Milky Way shot over Second Beach in Olympic National Park. But have a look for yourself!

And here is a link to the Smithsonian web site where you can vote for your favorites!

I captured this image of Delicate Arch in Arches National Park 2 years ago.

It is gracing the pages of the new issue of Backpacker Magazine this month! I was lucky to get some nice light and good color on the arch and mountains in the background!

Here is an image I captured and it is now on the cover of the May/June Issue of Northwest Magazine! The image is Mount Logan and a waterfall on the North Fork Bridge Creek Trail, North Cascades National Park. One of my favorite places in the North Cascades…Here is a link describing how to get there!

2014 marks the 50th anniversary of the signing of the Wilderness Act. In September of 1964 President Johnson signed into law the Wilderness Act, one of the most important pieces of legislation in the US regarding protection and preservation of Wilderness.

Wilderness 50 “The 50th Anniversary National Wilderness Planning Team (Wilderness50) is a growing coalition of federal agencies, non-profit organizations, academic institutions, and other wilderness user groups whose purpose is to plan and eventually implement local, regional, and national events and projects, specifically designed to elevate the profile of wilderness during the 50th anniversary celebration.”

One of their programs was to hold a photo contest and use the winning images as a part of their plans to inform people about the significance of the Wilderness Act.

More than 50 images were chosen and these will be displayed as large format prints in the Smithsonian Museum, in Washington DC starting in September!

I submitted several images to the competition and this image, here was chosen as an Honorable Mention in the People in Wilderness Category and will be used on signage for the various events and displayed in the museum.

As a part of the process I was asked to submit a personal story about the image. Here it is:

“My connection with wilderness began when I was 16. I spent a month in the Sawtooth Wilderness in Idaho, learning how to backpack, climb and survive. The trip changed my life and encouraged me to continue. Treks along the Pacific Crest Trail and the Andes followed.

Then my life changed again and I was off on a different purpose. For almost 20 years I followed the light only to wind up in the darkness. And then I felt the wilderness call to me again, beckoning me back into her arms.

I had packed my old life in boxes and uncovering them produced an old hiking guide. I scoured it and found the most exciting sounding trip in there, recruited a few friends to accompany me and off we started.

I had forgotten what mileage and elevation gain portended and as we began our trip up to Sahale Camp. It slowly came back to me, what sweat and struggle were all about.

We finally made it to the camp well after dark and collapsed in our tent.

This image was captured the next morning. My life was changed anew; I had found a new purpose. Wilderness had rescued me again.”

I am excited and proud that any image of mine would be used to promote and protect wilderness!

Here is the cover of the March-April Northwest Travel Magazine, featuring one of my favorite tulip images… 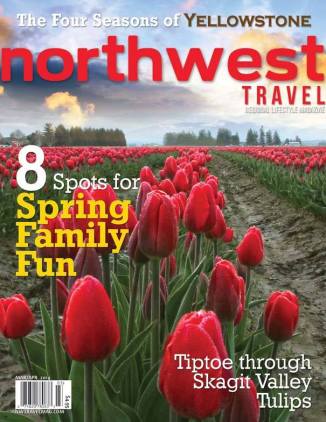 Here is my original image…

Next months issue will feature another cover shot I took, in the North Cascades National Park. Here is the image.

I just got word that these three images will be included in a new book about the North Cascades, due out in the Fall of 2014.
More details coming soon! 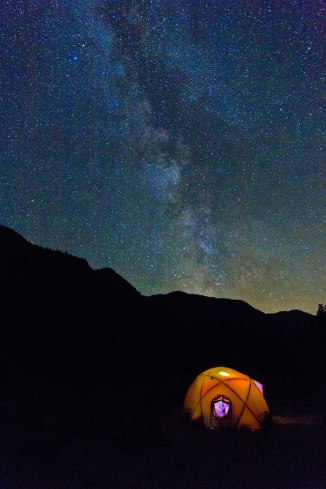 Camping under the stars

This week has been a whirlwind of activity, 5 articles/images published!

The Sierra Club creates a Daily Ray of Hope each morning, a beautiful image with an inspirational quote…For year-end they created a sort of “Best Of…” for 2012…The image they choose is number 5, from the Pacific Crest Trail in the Pasayten Wilderness. Quite an honor to be included on this!
Sierra Club Daily Ray of Hope

Ecology.Com is a very widely read and respected portal with all sorts of information and incredible articles…They invited me to share some Photo Essays for their site and here is my most recent contribution about Sahale Glacier Camp.
Ecology.Com

HDR One, a Web-based publication dedicated to HDR technology (High Dynamic Resolution) asked me to provide a submission for an image that caught their eye…
HDR One Magazine 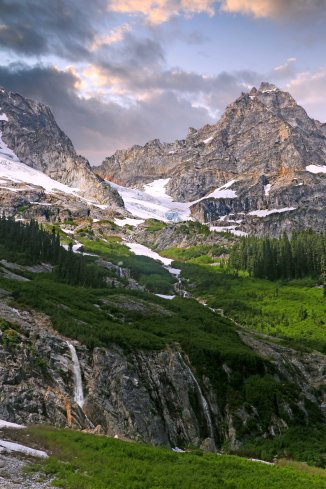 And lastly, here is another image featured in the Daily Ray of Hope… 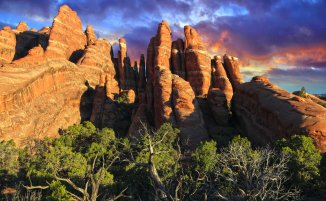