Getting out to capture cool pics is about cloud watching. Days when its clear or overcast lack interest for me. The trick is that you need to pay attention! I have seen many days here in Skagit Valley when it poured rain all day and was miserable, only to partially clear in the late afternoon/early evening and produce some of the best skies ever. Today for example the sky was completely clear all day, but late in the afternoon the clouds appeared and we had a magnificent sunset. I was rather late getting out with the camera and so opted for a spot about 5 minutes drive from my house: The Highway 9 bridge over the Skagit River. I shot with a fast shutter speed to compensate for all the shakin’ goin’ on from the traffic over the bridge. This produced some interesting lines from the currents in the water. 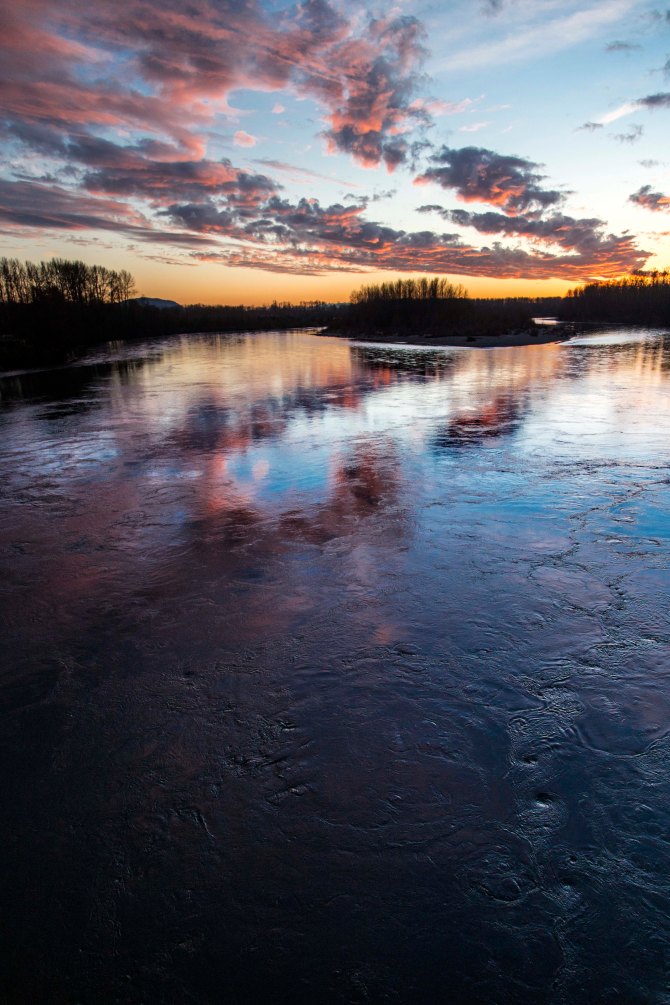 11 thoughts on “Sunset over the Skagit River”