I drove the 5+ hours to Palouse Falls with the intent to capture an image at night. the forecast called for mostly clear skies and the moon was just past new, so I reckoned that I had a good chance to get some nice shots.

There is a camp ground at Palouse State Park, first come, first serve, so I arrived at about 10:30am got a spot, set up the tent and headed out to explore the Palouse.

I arrived back in the late afternoon and started to explore the view points from which to capture images. Soon the sun began to go down and I started shooting. 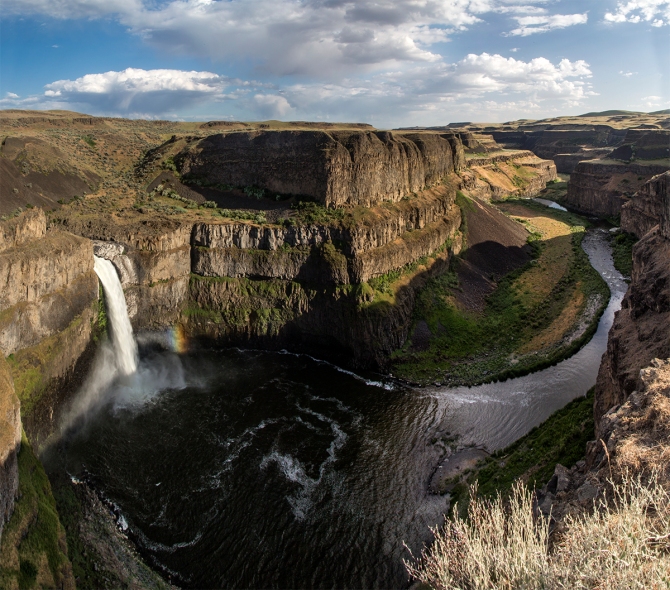 Once the sun dropped low enough there was nice lighting on the canyon walls and the clouds started to perk up. 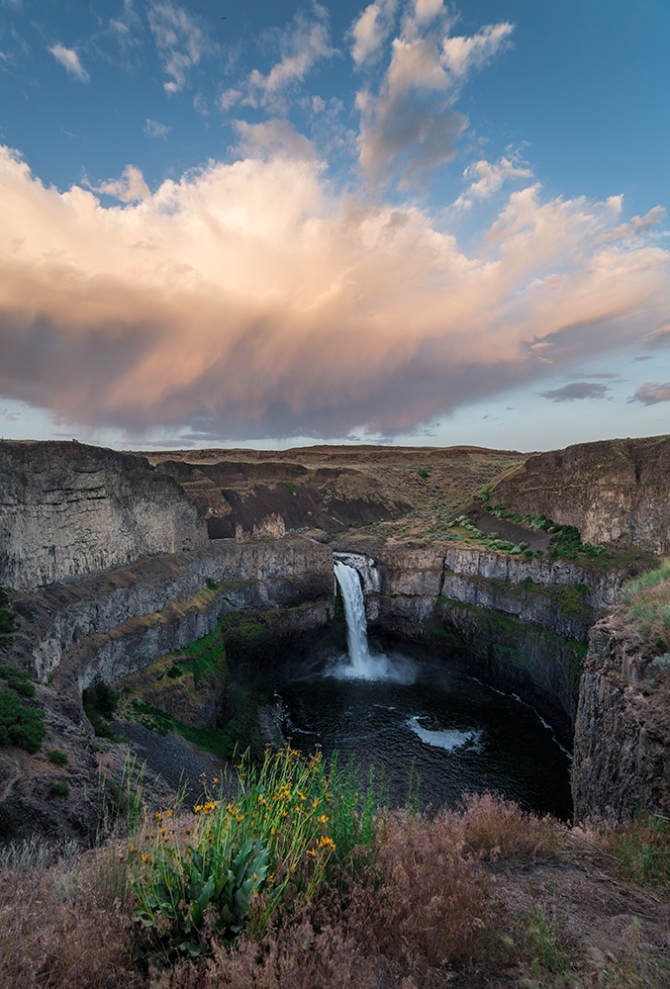 Once the sun set I crawled in the tent and zonked out, setting my internal alarm clock to awaken when the stars were out! At about 1am my eyes popped open and, peering out of the tent I saw stars! I was quickly at the edge of the canyon with my gear.

The Milky Way was visible, arcing above the basin! I was in luck! 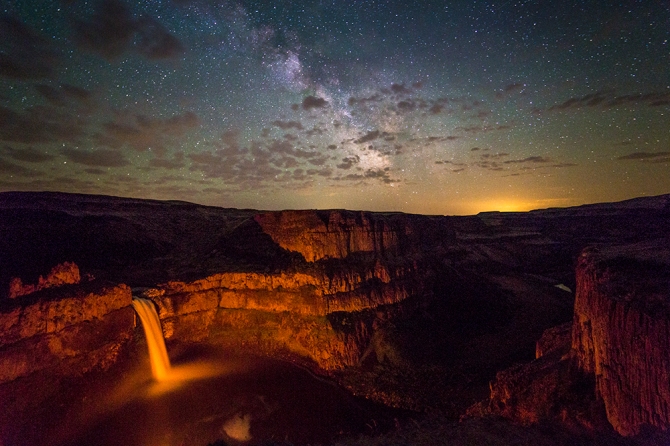 I was surprised to see light emanating from the bottom of the canyon, at the base of the falls…wondering if someone was there with flash lights, I hurriedly got set up and started shooting…the canyon walls were aglow with colors.

Then I realized the light source was a camp fire! Some wonderfully prescient people had started a fire on the waters edge! The effect was better than any I could have imagined.

After clicking away for some time I finally retired to the tent, exhausted from the driving and little sleep. But I did not sleep long! I awoke again at about 4:30 am when the morning light was just giving a glow to the horizon to the east. I figured that I didn’t drive all this was to sleep, so I popped up and got out to try my luck at capturing some of the delicate morning photons bouncing off the cliff walls.

After about 2 hours of ogling I was done. By 6:30 I was back in the car staring the long drive back across the mountains to my home…